A man of mystery 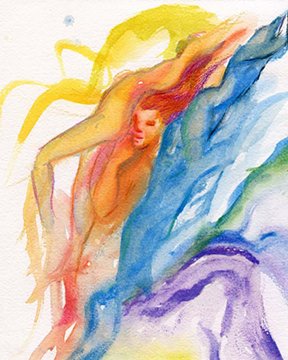 A man of mystery once entered my life at a moment when I was on the verge of a discovery that I didn't realize was coming to me until he left my soul bruised and battered.

He crept into my life in that silent way -- a man who knew what he wanted and was not going to let anything or anyone get in his way. A chameleon of sorts. He adapted his act for very specific audiences. Audacity came so easy for him. His talents are many for he still beguiles the unwary.

The first time I saw him it was at a party for expatriates. He was singing in a baritone voice of lost loves and bravado.  All the while, his eyes were searching through the crowd for someone to help him realize his dreams of fame and fortune.  Cool, black, yet passionate eyes with a swagger that announced his intentions to a select few.

We met again at a frivolous event filled with loud, empty people and we were the only ones who could see through it. Together we escaped to a place where the true ones went for an evening of consolation.

It seemed he was what I needed: artistic and educated, yet down to Earth. I even believed he could read minds for he knew the thoughts of those around him.

I didn't see him as just a man, but a demi-god warlock whose powers I wanted to witness and perhaps attain. I followed some crazy instructions from him!

He was really three men in one. The one I liked best was sweet and lovable. Another had a passion and enormous artistic talent, and finally a creature whose need for power and control knew no bounds.

It was never meant to last.  Someone more suited to him came along and I was unceremoniously dumped.  But even though the breakup was traumatic at the time, it was for the best. So much time has passed since that day I met him. He did teach me a lot. Just not how he intended.