February is a month of many birthdays in my family.

My daughter, Cynthia Marie, is the first February baby.  Her day is February 12.

February 16 is my brother's, Richard Robles.  In my immediate family, he was the only boy in a sea of girls and he got special treatment because of it.  His first name wasn't the same as my dad's but we still called him Junior for some inexplicable meaning.  I remember when my mother brought him home from the hospital.

My brother at age 4. One of the few photos of him at an early age.

A major surprise came when I researched my genealogy and found that my father, Cruz Gomez Robles, was registered as having the same birthday as my brother.  We still can't believe it.  All along we thought he was born in sometime in October, 1925, not February 16, 1924.  No mother is listed in the birth certificate and he is also said to be the illegitimate son of the "declarante, " my grandfather, Francisco Robles Rodriguez. This was done back in the day to protect the mother from scandal.

Another "double birthdate" is February 18.  My nephew, Johnny Maldonado Garcia, and my granddaughter, Sophia Adriana Rosario Chbarat, both celebrate the day. Finally, the last February birthday is my nephew's, Daniel Robles Rivera, on the 25th. 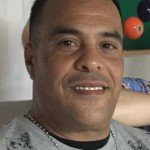 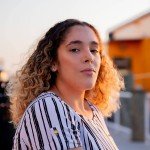 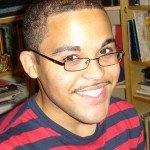 Wishing them all a wonderful birthday!