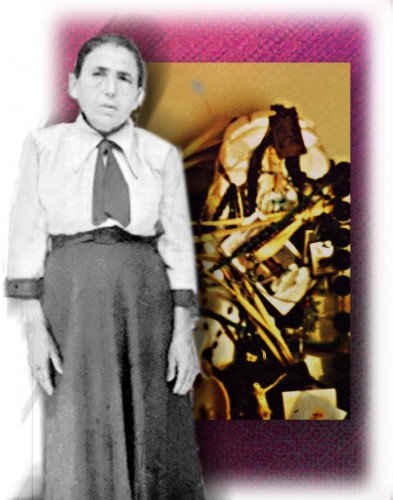 I’ve been thinking about my culture and what makes it unique. My family didn’t celebrate the holidays like the dominant culture in the United States, but they didn’t celebrate it like they did in Boriquen (Puerto Rico) either.  My parents grew up celebrating Noche Buena (Christmas Eve) like Thanksgiving and Día de los Tres Magos (3 Kings Day) as their gift giving time. We adopted some traditions like having a turkey (that no one liked!) and putting up a Christmas Tree instead of leaving hay in shoes for the camels of the Magi.  My parents never took us to any church (Catholic or Protestant). Nor did they emphasize the teachings other than to have a Bible, an altar to the Virgin Mary with palm fronds from Palm Sunday, and telling us that God didn’t just reside in a building but was everywhere all the time. We were taught to treat all with respect and with generosity.

We ate typical foods from the island like rice and beans, plantains, chicken, pork and other special dishes like pastelillos, pasteles and alcapurrias.  I especially loved my mother’s “black rice”—a rice made with calamares and its ink.  Have not had that since she passed away so many years ago. Living in New York City, we were exposed to other cultures and learned to like different foods such as pizza, knishes, hot dogs, and pasta (made Boricua style!). I remember tasting an apple pie for the first time. Lunch at school was an ordeal since I didn’t like the flavors or textures. I didn’t eat a McDonald’s hamburger til I was 17.

Home remedies were in full force — weekly Cod liver oil and Castor oil doses to keep our insides clean. If we had a cold, Papi would boil an apple, ginger, cinnamon, and cloves until the liquid turned a nice brown color. To that he would add lemon juice.  For himself, he would add a shot of rum or whiskey. 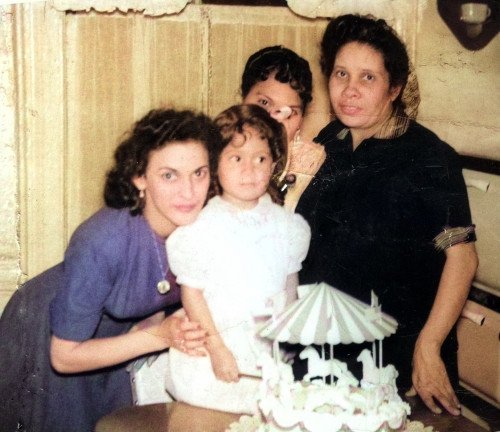 The best celebrations were weddings, baptisms, and birthdays.  Cake and ice cream were served.  Music and dancing lasted through the evening. A memento of the event — a cápia — would be given to each attendee.  The honored would receive a special cápia with money attached.

Other traditions were about how we presented ourselves to the world.  I was not allowed to cut my hair or wear pants until I left home at 17. Makeup was really forbidden.  My mother only wore dresses and skirts, never smoked, didn’t swear, and wore only a little bit of lipstick on special occasions. We had to be home before dark and absolutely no sleep overs were allowed. If we did something wrong, our eyes should be downcast in shame.  To look someone straight in the eye was bold and an admission of guilt.  Opposite of what the dominant culture thought. We were taught to act like ladies and gentlemen.  No loud talk or cursing (that I boldly do now).

Then there were superstitions that I never really understood! Our boogey man was “El Cuco” who was going to get you if you misbehaved. Dropping a fork or knife meant that someone was coming to visit. If your ears were burning, someone was talking about you.  If your hand was itchy, better close it so you would keep the money that was coming to you! If you swept a broom accidentally across your feet, you would never get married. If you had the hiccups, a wet string with a coin was put on your forehead. Tuesdays were days to do quiet calm things — ni te cazas, ni te embarcas.  You don’t get married or travel on Tuesdays! For a couple, the man should walk on the side of the curb to project his love. You never leave hair or fingernail clippings for someone to find and do “brujeria” on you. We also had the traditional “knock on wood” for good luck; not spilling salt and Friday the 13th being a bad luck day.

Culture is what we live each day.